The Long-Term Impact of Boarding School

What is Boarding School Syndrome?

Boarding School Syndrome is not a medical category, but a proposal that there is an identifiable cluster of learned behaviours and emotional states that may follow growing up in boarding school, which can lead to serious psychological distress. These can include depression, difficulties in forming relationships, and emotional numbness. It’s the term applied to the long-term impact of boarding school.

Therapists need to understand and be aware of these symptoms in line with a client’s background in the schooling system, which may help them to identify and treat ex-boarders. In this blog article we take the key learning points from Professor Joy Schaverien’s seminar on Boarding School Syndrome that took place in Brighton in April 2016.

What are the psychological events that may lead to boarding school syndrome?

The lasting effects of early boarding is a hidden trauma. A young child sent away from home to live with strangers, and in the process loses their attachment figures and their home. They’re exposed to prolonged separation. They may experience bullying and loss. This combination leads to unbearable emotional stress. A young child does not have the mental capacity for creating a coherent narrative out of these events on their own, as they are unable to process it. This trauma may become embodied, leading to conversion physiological symptoms and a large number of psychological symptoms.

The term ‘homesickness’ does not do justice to the depth of losses to which the boarding school child is subjected. The broken attachments of the first days in boarding school amount to a significant, but unrecognised form of bereavement and the child must learn to live without love.

For the child, their losses are minimised and glossed over as insignificant. This contributes to the hidden aspect of the trauma. The term ‘homesickness’ encompasses a complex systems of unprocessed grief and many children are emotionally wounded (traumatised), exiled (homeless) and bereaved (grieving). Suddenly, children are abandoned and have to adapt to the abrupt and irrevocable loss of the childhood state. Children lose their role – their sense of themselves as people who belong in a family group and have to prematurely appear grown up. It is not uncommon for the repressed distress to come out in symptoms such as bed wetting and vomiting as tears are not permitted.

The child may feel a sense of homelessness. The repeated experience of returning home as a stranger and then leaving, just as the child has settled back in, builds a psychological pattern – an expectation of being left which is often unconsciously active in later life. These patterns of disrupted attachments are often replayed within a long-term partnership. This can also cause a psychological split between the boarding school self and the home self. 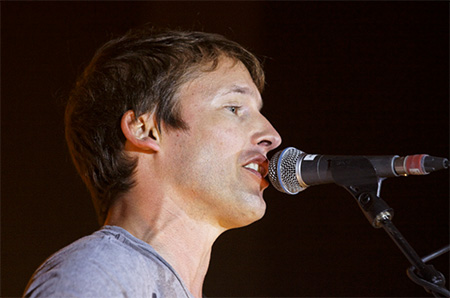 Numerous celebrities have described their experiences of boarding school negatively. Rupert Everett said that upon being sent to boarding school he could not stop crying. Kristin Scott Thomas has described boarding school as ‘a wicked thing’. James Blunt (above) said that boarding school was an inspiration for his music as ‘to be taken away from one’s family and locked away for 10 years’ creates ‘an incredible intensity of emotion.’

If the child is unhappy but is given the message that the school is good for her and a privilege, then they feel they have no right to complain and can lead the child to doubt her or his own perception. Although the child may conform, the confusion will likely remain, causing a second psychological split between the feeling self and the thinking self.

Another loss is the dependent state of childhood and thus the premature death of the child self. This can never be regained because when the child returns home she or he is inevitably changed, no longer trusting but watchful and alert for rejection. Once a child realises her parents are not returning, an encapsulation of self occurs and a protective shell is formed. Deep within the armoured self is the hidden vulnerable child who trusts no one. Overwhelmed with many physical manifestations of grief, something has to happen psychologically for the child to survive, and children have to learn to live cut off from their internal emotional turmoil.

The child is captive, living in a situation not of his own choosing and which he is helpless to change and thus is undergoing another hidden trauma. Living without traditional family markers of the passing of time, such as birthdays, means that when an ex-boarder tells his tale it may lack narrative flow.

In the case of imprisonment, there is an absence of loving relationships. There is also no one with whom she feels she can be appropriately angry. Without the outlet for expression, the child may turn that anger inwards. An unconscious form of splitting may occur, whereby in order to keep the parents happy, the child has to do violence to his own psyche.

Ex-boarders often seek therapy for general depression, relationship difficulties, and a sense of emotional numbness, which may manifest from not living their own lives. Even experienced therapists may miss the depth of the wound inflicted by broken attachments and the emotional neglect suffered when the child is sent to boarding school. As a result of society, the ex-boarder themselves may have the view that boarding school is a privilege.

As children, ex-boarders were unable to tell their parents of their suffering and thus as adults they may disregard their own suffering. This may replay in therapy as they may not expect the therapist to take their story seriously. They may recount it, omitting the emotional impact and gloss over their suffering with a well-rehearsed joke. It can often be difficult for the adult to recognise that the treatment they received was wrong, as a child usually assumes her experience to be the norm, especially when it is shared with others who are in similar circumstances.

The ex-boarder may appear socially confident, but may have a deep and permanent lack of trust in loving relationships as a lasting repercussion to the repetition of loss. It can replay in adult relationships, and manifests in anticipation of rejection and fear of abandonment by later attachment figures. This may lead to emotional withdrawal and as an adult they may, against their own desires and emotional needs, prematurely cut off from intimate relationships. This may replay as psychotherapy becomes important, and it may lead to sudden termination of the therapeutic relationship when the rage associated with dependency begins to surface. 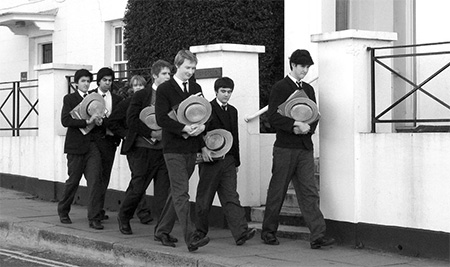 Whilst widely viewed as a privileged upbringing, it’s important to understand the particular experiences and long-term impact of boarding school.

With ex-boarders, the breaks in psychotherapy have little impact at first. The regular pattern of school holidays followed by the return to school arms the ex-boarder with a mechanism for coping with disrupted attachments. However, after a few breaks, they may need to stop, believing they are better working things out alone as dependency seems too much.

Boarding school may also lead to sibling groups. The bonding in sibling groups compensates for the loss of family and the significance of the sibling group continues into adult life as a sense of belonging is maintained. The powerlessness that children at first experience in relation to the rules may create a sibling bond and may also produce people who conform. This prepares them well to follow a career in the military, law or some highly formalised institution.

Ex-female boarders have an ability to get in with people of all classes and help others feel at ease. However, as their suffering is masked, the therapist may have to resist reciprocating the friendliness in order to take seriously the perceived suffering hidden behind the social presentation. Women may also show up symptoms of shame, as they were often punished with shame and humiliation as opposed to the physical beatings in many boys schools.

The armoured personality and encapsulated emotional self becomes a way of being and influences the way ex-boarders may interact as adults. As a child, the ex-boarder splits off parts of his vulnerable self in order to survive, and the adult may show signs of amnesia and an inability to get in touch with their feelings. Ex-boarders may show symptoms of dissociation and it may manifest as a sense of feeling permanently distant from the world which is a recognised symptom of PTSD. Therefore an approach that attends to bodily symptoms and links the person to their body experiences may help. The ex-boarder may need to learn that it is safe to have feelings. The moments of meeting may be the strongest therapeutic factors in working with Boarding School Survivors.

Further reading: Joy Schaverien talks to us about the emotional impact of boarding school