The Emotional Impact of Boarding School – an Interview With Joy Schaverien 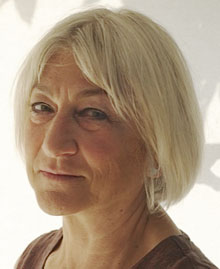 Joy Schaverien is an illustrious figure in psychotherapy – her work has involved teaching and training as a lecturer, long-term work with the NHS, and is the author of several books. Her latest book examines the emotional impact of boarding school, or to use the phrase which she coined, ‘boarding school syndrome.’

Brighton Therapy Partnership welcomed Joy to Brighton on 23rd April 2016 for a seminar focusing on her work on Boarding School Syndrome. In preparation for this event we spoke to Joy in the run-up to the event to ask how she got into psychotherapy, training, and the origins of boarding school syndrome.

I trained as a painter at the Slade School of London University and taught in Art Colleges. Then I moved from London to Brighton and got a job as an art therapist in a therapeutic community in Hove. This led to my fascination with the psyche. After that I worked in psychiatry and psychotherapy departments in the NHS in Leicester and began academic studies, completed an MA and then PhD. Later I trained as a Jungian analyst.

This began with my PhD and the book that developed from it, The Revealing Image. Writing is my way of researching and developing understanding of the therapeutic relationship and the particular elements in clinical work which I find challenging. I usually write on topics which have been little explored or have a taboo about investigating them – like female analysts thinking about the erotic transference with male patients (Desire and the Female Therapist)  and (The Dying Patient in Psychotherapy). I’ve also looked at analytical forms of Art Therapy and particularly the role of the pictures in the transference and countertransference (The Revealing Image and Desire and the Female Therapist)

We’re very excited that you’re coming to Brighton to present your work on ‘Boarding School Syndrome’. You are credited in the press as coining the phrase yourself. How did this come about, and what sparked your interest in those affected by being sent to boarding school?

A man came to me for psychotherapy many years ago. He was in his mid-forties but still in much distress at having been abandoned in boarding school by his mother when he was 8 years old. Soon after this he became seriously ill and I worked with him until his death two years later.  I wrote about him in The Dying Patient in Psychotherapy. I came to realise that many of my patients and those of my colleagues had suffered similarly with being sent to boarding school at a young age. 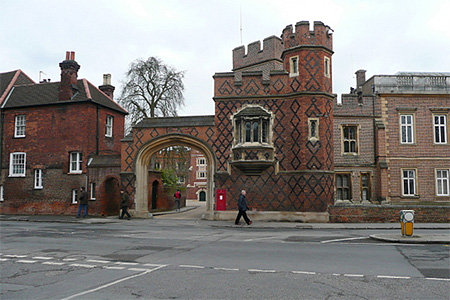 We are only now coming to understand the emotional impact of boarding school. How may the prestigious Eton College impact on the long-term mental wellbeing of its boarding population?

Your latest book on ‘Boarding School Syndrome’ has gained a great deal of interest and coverage in the national media. There have been reviews and articles in most of the UK broadsheet newspapers and you’ve been interviewed on Radio 4’s Woman’s Hour. Why do you feel the subject has grabbed the attention and imagination of the nation’s media so much?

It is a matter of timing – at last people seem open to hear that these institutions that are so valorised and also taken for granted in British society, as well as providing a good eduction, can actually harm children emotionally. This has become evident as now those who were sexually abused in their boarding schools are being listened to.

I have been teaching alongside my clinical art psychotherapy and analytic practice for more than 30 years. It is what I do. I used to be senior lecturer running the Masters programme at the University of Hertfordshire and have lectured in various Universities. I am Visiting Professor at the University of Sheffield. I have supervised and conducted training in Britain and abroad for many years including Finland, Israel, Sweden, Norway, and the USA. I taught for the International Association for Analytical Psychology in Denmark and was one of the founders of the IAAP programme in Moscow.