What to do When Counselling Isn’t Working

We recently hosted a workshop with trainer, Michael Soth, looking at what therapists should do when counselling isn’t working.

Whether it’s a feeling of being ‘stuck‘ or just not getting to where you aimed to with a client, this article distills some of the key learning points from the day that you can put into practice with your clients.

Michael has been studying the significance of enactments and their therapeutic uses since the mid-1990s, and has developed a unique relational body-mind approach that builds on an integration of humanistic and psychoanalytic perspectives. In this Brighton Therapy Partnership workshop on understanding and perceiving enactments, he explained the importance of acknowledging both the enactment, and the therapist’s role in how it is played out.

When counsellors are asked what they feel ‘isn’t working’ about therapy, the most typical response is a sense of ‘stuckness’ where we feel that therapy isn’t helping a client to move forward. Counsellors are trained into thinking that there isn’t an agenda, but in reality there is, albeit an implicit assumption that we are aiming to help clients move forward, to feel better, to change. So why don’t they ‘get there’? Perhaps it is the fear of pain, of change, the unknown, or of past trauma – ‘wounds’, as they are sometimes known. Here, we will explore what an enactment is, and how, as therapists, we can learn to work with them instead of fearing them as a rupture in the therapeutic alliance.

What is an Enactment?

An enactment is when a past wound is replayed within the therapeutic relationship, repeating patterns of relating that are usually outside of the client’s awareness.

According to Freud, these patterns are carried in the unconscious and would be discovered in therapy through the transference and countertransference, which we now understand to be important sources of information in discovering clients’ relational patterns.

However, whilst Freud believe in a mind/body split, we can also approach therapy with the view of a mind-body allegiance; that a holistic and broadly integrative way of being, along with a non-dualistic and two-person therapy approach, are the tools that are needed in order to ‘survive’ enactments. 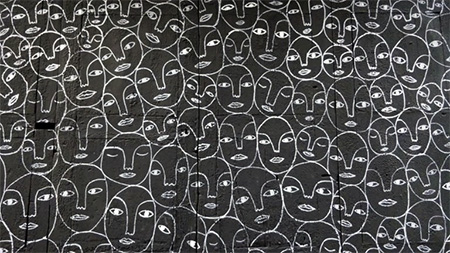 An enactment demonstrates how a client views relationships. When they occur within a therapeutic relationship, it repeats a pattern of relating that the client is used to, and they’re typically outside of the client’s awareness too.

It’s important to bear in mind that power is significant to how humans relate – how is this playing out in the therapy room?

We tend to notice the working alliance more when it is rocky, or feels threatened – why is this? What is really going on when the working relationship is ‘good’ – is it still really working? A ‘bad’ working alliance can make a therapist feel like a failure – is this a justified response?

Creating a working alliance is a negotiation between two people; if you feel solely responsible for it, this is faulty thinking. Only when we can let go and acknowledge that the working alliance is co-created by the therapist and the client, then we can begin to look at it with curiosity and without judgement.

The client’s ‘wounding’ as an enactment

When the wounding enters the therapeutic relationship in moments of dissonance and conflict you may feel like a failure, like it’s your fault, but actually there is learning in this.

Typically, that wounding contains large chunks of information that are ‘unknown’ or the ‘unthought known’ that cannot be formulated or spoken about, but is an implicit memory. This rupture in the working alliance contains information about a client’s inner world, and communicates itself to you, the therapist, in the enactment.

Within the enactment, feelings can be passed from one to another through projective identification and you may feel it in the body so it is not so clear where they belong – whose are they, yours or the clients? This can be an exhausting experience, and it’s important to pay attention to what’s going on in the body, as a client’s wounding can enter you through the embodied experience.

In intense conflict the wounding is out in the open, it is not mediated by defences, and feelings are present. Past relationships are being carried around by the client and during an enactment, these relationships show themselves in the present; people are a collection of internal objects, and the therapy room can get very crowded with each person and their ‘collections’, so it is important to pay attention to the enactments, as they may reveal a previously hidden aspect of the client’s inner world and experience.

An Experiential Example of Enactment 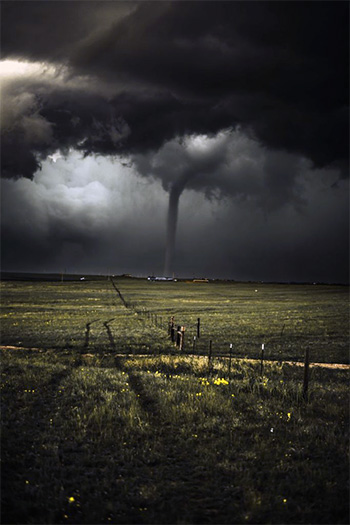 Facing enactment can be like facing a storm. In many ways, the best thing to do is hunker down and surrender to it. Nothing you can say or do will be ‘right’ in the eyes of a client, but it is the key to furthering therapeutic relationships.

In our workshop, Michael used an example from the group in order to look in detail at a ‘difficult moment’ with a client, so that we could really get a sense of what was going on within the working alliance.

He asked the participant to describe the client in as much detail as possible so that we could get a sense of how they presented in body and feelings, and then asked him to take the position of the client, leaving two chairs empty to represent the actual therapist and a projected version of the therapist.

It was fascinating to explore the recreation of the client’s disconnect between their awareness of self and the awareness of the wounding. Michael described this as the unconscious re-translating of what the therapist is saying, in order to fit their experience of the past relationship that is being re-enacted.

The therapist must undertake the difficult task of exploring with the client what is going on in this moment of conflict. How do we make them aware if we don’t want to be ‘in’ the enactment? How do we avoid becoming the ‘critical parent’ for example? But this is the therapist’s conflict, not the client’s. The conflict within the therapeutic alliance is already being played out in the enactment, and this is where deep therapy occurs, so don’t avoid it – you want to find out how this conflict is reflecting the client’s behaviour in order to gain a deeper understanding of your client.

In some senses, an enactment is like a vortex; there is no way out other than to surrender to it and get spat out at the bottom! Reassuringly, it’s important to remember that there is no ‘right’ thing to do or say – whatever you say while an enactment is happening will be ‘wrong’ in the eyes of the client; either you play the role of the fairy godmother/father and appeal to the client’s Habitual Mode, maintaining the status quo, in which case the ‘wound’ is denied, or you lean into the Emergency, perhaps becoming the critical parent and destroying the status quo, surrendering to the ‘wound’ and creating more conflict within the therapeutic alliance.

Most therapists rely on the assumption that you can talk to the adult in the therapy room, but the adult is not normally present during an enactment so you are wasting energy trying to talk to them, and you can’t appeal to both the Habitual Mode and the Emergency at the same time, so if you can, stay in the moment of conflict and embrace the enactment.