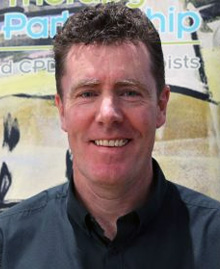 Back in September 2014, we hosted a workshop run by Tony Buckley on The Art and Science of Play: Using Play, Humour and Laughter in Therapy. There were a tonne of takeaways from the event (as there always are from a Brighton Therapy Partnership event!) but a few of them are too good for anyone to miss out on.

If you missed our event, then this summary will give you a few key pointers on how to approach play and laughter in therapy.

1. Play is universal to all mammals

We have always played, even when we were cave dwellers. Play prepares us for life by helping us develop the relational and survival skills necessary for a successful life. An example of this is when kittens chase and pounce on string that their humans dangle in front of them. Really they are learning to catch mice. When people have been traumatised or are depressed, their play system shuts down. They forget how to play. 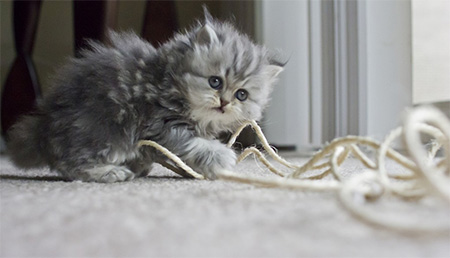 This cute little guy is playing because it is innate based on his survival and killer instincts. No, seriously.

2. Play is hard-wired into our brains

Play is ‘hard-wired’ into our brains according to neuroscientist Jaak Panksepp. In his book The Archaeology of Mind (Norton, 2012) Panksepp seeks to discover the origins of emotion and outlines 7 main hard-wired emotional systems in the brain. These are: Seeking, Rage, Fear, Lust, Care, Panic, and Play. Panksepp has given a TED talk on The Science of Emotions which explains the 7 emotional systems. You can watch Panksepp’s TED talk here:

“Real Play” is defined as an activity that is spontaneous, intrinsically pleasurable, free of anxiety or other overpowering emotion. Typically play involves ‘alternating dominance’ where one mammal is dominant over the other and then the roles are reversed. We can observe this behaviour in baby animals who play with one another by rolling around, first one on top then the other. In humans we can observe that if one person remains always dominant in play this ceases to be pleasurable and free of anxiety for the submissive person.

Play turns into bullying. Real play involves laughter and rough-and-tumble type activities as characterised by natural child-play. It doesn’t include organised activities like playing a football game as these are too structured and competitive, causing stress and anxiety.

Why is play and laughter important? Jaak Panksepp sums this up by saying that “depression and play are opposite sides of the same coin”. Laughter (the result of playfulness) can help to regulate feelings, enable both feelings of hyper arousal (anxiety, for example) or hypo arousal (depression, for example) to be safely and positively moderated. In short, play helps us develop the capacity to be happy. Panksepp can be seen dis cussing the play system and his discovery that rats laugh when tickled in a brief video called The Primal Power of Play:

5. Play and laughter as emotional regulators

The lesson for therapists is that playfulness and laughter are emotionally regulating and if encouraged and nurtured can enable clients to become more resilient. It doesn’t mean that therapists need to do a short-course in stand-up comedy, but if you understand the importance of play, laughter and humour you can use and share laughter to positive effect within the therapeutic relationship.