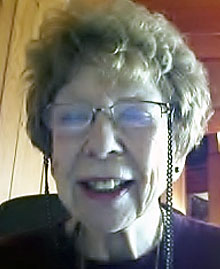 Stories, narratives, and metaphors are powerful tools in any context, not least in a therapeutic one. This is no coincidence, as human desire to tell and be told stories in biologically ingrained within us.

This upcoming workshop is set to be a fascinating exploration of the concept of stories. From those biological inclinations, to recent research in neuroscience, we will be understanding how stories can be used with clients from various backgrounds, how to apply them to practice, and how they heal.

The host of our workshop will be Pat Williams, a pioneer of storytelling techniques in therapy, and a prolific writer herself. Pat kindly agreed to an interview with us in the run up to the event in May.

1. How did you start out in counselling & psychotherapy?

I did so for the most mundane of reasons. In my early fifties I realised that if I were to live into my nineties I’d have to work till my nineties, and needed a job I could do as an old lady sitting down at home. However flippant that sounds it’s true, but the decision had a great deal of substance behind it too. I had been thinking and writing about psychology for many years.

2. You are known primarily as a writer and storyteller. How did you become a writer and which pieces of work did you find the most satisfying?

At 15 I became a journalist, which taught me a lot about the world and human behaviour. I left it when it began to wear thin. But right from the start I specialised in science, psychology and ‘human interest’ stories.

My career, however, (more like careering around than a planned path) was very varied. I co-wrote a hit musical which opened in the West End with a royal gala performance, and which (fingers crossed) may be revived in 2016. I wrote documentary films, co-wrote an encyclopaedia of human belief which became an international best seller, and also a pseudonymous novel which was picked by American Psychology Today as their book of the month, alternate with Bronowski’s ‘Ascent of Man’.

For a brief while I taught a therapeutic storytelling module for an MA psychology degree, and for ten years was Director of the College of Storytellers, formed in 1980 to help kickstart the storytelling revival. These and other varied experiences have definitely helped my work in therapy.

3. Do therapists have anything to learn from storytellers?

Yes of course. First, because traditional stories contain rich metaphors which hold wisdom and knowledge passed down over the centuries. The fact that these stories have not disappeared indicates that we still need them.

And second, storytellers are expert communicators — they know how to get their material to lodge in the mind of listeners. Traditional storytellers used, and still use, all the techniques that Ericksonian hypnotherapists employ today.

If a therapeutic storyteller understands a client’s need, they can select the right story for that client. If told in the right way, it can often override a maladaptive pattern in the client’s mind. Very effective, and completely non-invasive.

4. Storytelling isn’t just for children then?

It never was, except relatively recently in the West. Think of myth and legend and folktales, and their effect on the human mind.

Stories are essential for children, of course, because they map and provide handholds in the world they have newly arrived in and are trying to make sense of. But real stories, with rich metaphors, will tend to have one range of meaning for a child, and further levels and depths of meanings for adults. As just one example, a story from the 3,000 year old Odyssey of Homer really helped a young drug addict when I told it to him — all these centuries later.

Partly, I’m a natural show-off. I like being onstage! Then about 20 years ago I was asked if I would do some workshops in therapeutic storytelling, and discovered the fun and joy joy in sharing what I know with others, and working out the most effective ways of doing this.

6. If you weren’t a therapist, what would you be and why?

All the other things I already am anyway, and whatever else might come along that catches my fancy. I think the more multi-faceted one is, and the more varied experiences one has, the richer one’s life becomes, and it brings the added bonus of being more able to be helpful to others as and when the occasion arises.

Just my two CDs, put out by the Human Givens College, which I have been associated with from the start, and for which I have regularly taught workshops around Britain in therapeutic storytelling.

One CD is on therapeutic storytelling, and the other, called Which You are You, is about working effectively with the sub-personalities. It’s very popular. I’m afraid I don’t do Twitter, Facebook or blog, and am not even tempted to do so. I have enough on my plate as it is.