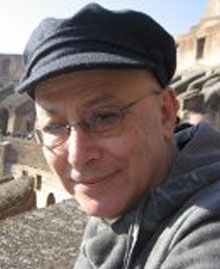 Men’s Issues in Therapy was a workshop that Brighton Therapy Partnership hosted on 29 November with Professor Andrew Samuels. It was our last event of 2014, and one of the bigger events we’ve run.

Andrew covered a lot in his workshop, so we can only touch upon a few key points, but if you were unable to attend the workshop then we hope this proves useful.

The day was split into three roughly equal sessions.

The title of the workshop, as you’ll notice, doesn’t allude to exactly which ‘men in therapy’ it’s talking about. Indeed, this was a discussion of both male clients and of male therapists themselves. Andrew Samuels has a long standing interest in men’s issues, and you can find out more about his work on his website, perhaps most notably in the TV documentary for which he was a consultant, I Want My Dad Back. 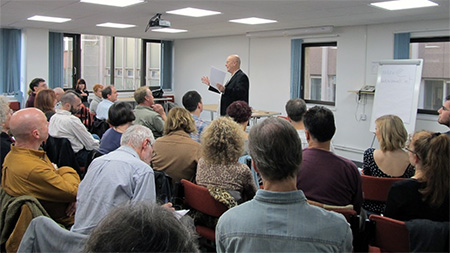 Introduction to Men’s Issues in Therapy

Initially, Andrew introduced concepts around men and women in therapy, as well as his own background. Andrew Samuels comes from a Jungian standpoint in his work, and thus Jung’s work serves as a backdrop for much of his ideas and theory.

Fathering and the dry father

Notions of fatherhood were then discussed.

The issue of homosexual parents was discussed further. Andrew mentioned that ‘research on children brought up in same sex marriages is incredibly boring – there are no disadvantages or issues shown’ and that all familial structures have disadvantages in some sense or another, with none showing any stark advantages. Even if one were to show advantages, that is not an indictment on the others.

Whilst polyamory and promiscuity are often frowned upon in today’s societies, by therapists and the public, the concepts aren’t necessarily entirely negative. Many Pagan rituals applauded the concept of promiscuity, with a general belief that it showed vitality and energy. In the therapy world, perhaps the most famous polyamorous relationship was that of Jung, his wife, and Toni Wolff. In the 1960s, promiscuity was thought of in terms of ‘non-possessive relating’ – loving another without the idea of ownership that perhaps a marriage would put into the equation. It can even be argued that God is promiscuous – so called spiritual promiscuity exists as ‘God loves everyone’.

So, promiscuity is a good thing?

Not exactly. It just isn’t necessarily bad either. As Andrew stated, ‘it isn’t saying that being in a relationship means there’s something wrong with you, just that it doesn’t mean everything’s right with you.’

In addition, it comes back to the point about fatherhood and familial structures – ‘stable, long-term, same-sex relationships are not the acme of children’s upbringing that they’re heralded to be.’ Andrew challenged trainees to think of the last time they gave into lust, ensuring it was understood that lust is a natural and human feeling. It is important to understand that everyone, including clients, feel an immense pressure in the Western world to be in a stable 1-to-1 relationship, and those pressures can lead to problems. Studying lust in further depth can be difficult though, as very few papers exist on the topic. 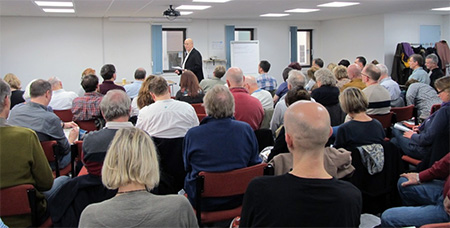 The final issue that was discussed was sexual misconduct amongst counsellors. The statistics on the prevalence vary wildly on this topic, with the BACP claiming just 2 in every 1000 members have committed sexual misconduct, and that they receive approximately 60 complaints per year about members.

Sex and aggression are neutral

Finally, it’s important to note that sex and aggression are not inherently positive or negative things. They are neutral.

A few ending thoughts from the audience

The audience were given the opportunity to share their thoughts on the training and the topic at the end of the session. Here are a few thoughts that were shared:

I had many lightbulb moments, but still have plenty to think about and take away. There’s a strong political dimension to what was presented. (Andrew noted that he felt that this was the least political he’d been about the topic in any event he’d run)

I felt struck by the number of powerful women in my life, but feel that men don’t have a voice in the way that they should. It made me question unconscious decisions about what it means to be male, and to enquire at a more conscious level. I’ve never thought about my identity in the way that perhaps a minority has thought about theirs.

I appreciated the levels of analysis and how sexual misconduct can occur through the power and benevolence but also the constant threat of the male body.

Many assumptions challenged, particularly about relationship styles. I like the concept of the dry father, and although there were some generalisations they provoked thought.

I had a terrific day – I loved the concept of the dry father and really related to it.

The dry father was a great concept… would be interested in the concept of a ‘wet mother’!

I love the idea of neutrality in your drives, and that they aren’t inherently benevolent or malevolent.

We collected feedback at the end of this event. Here are a few comments from participants:

Thought provoking. I enjoyed the structure of the day and found it interesting. It brought up things that I hadn’t encountered in my training.

Discussion of challenging and interesting perspectives. The course material was very deep, complex and grounded in practical, every day experiences.