The Meaning of Self-Harm

Anna Motz came to talk to us in September 2015 about the meaning of self-harm. Anna is a leading clinical psychologist, and psychotherapist working within the NHS. She is an expert in working with clients who self-harm, and her knowledge of the subject has been built up from a vast experience of working with it. In her workshop, Anna helped us to clarify the possible meanings behind the action of self-harm, and how we should work with it.

Self-harm is becoming more and more common, particularly in the teenage population, and thus is an important topic for counsellors and therapists to grasp. It may be hard for us as therapists to understand, but self-harm is more usual than we might have thought, and the meaning of self-harm typically links with relationship and emotional patterns.

According to NICE, self-harm is defined as anything that can be classed as purposeful self-injury, and can include cutting, scratching, and taking large doses of medication. Other behaviours can also be classed under the umbrella of self-harm, such as eating disorders, alcohol and substance abuse, and engaging in risky behaviours. Acts that may be classed as self-harm can range from being widely socially acceptable behaviours (such as smoking, or even tattoos), to acts that are seen as shocking by the general population (such as deep cutting).

It is important to understand the intention behind this behaviour. It is key to understanding the meaning behind the act, and whether it can be thought of as self-harm.

How does self-harm develop?

Self-harm can be an indicator of early attachment difficulties. This may be down to the primary care giver having difficulty in providing ‘good enough’ parenting.

Think about how a ‘good enough’ mother might be with their child:

In circumstances where the parent has struggled to reflect and acknowledge their child’s emotions, the child may find difficulty in regulating emotions.

Self-harm often begins in adolescence. This is a time of huge change and growth, and unregulated emotions can begin to feel overpowering. If an adolescent has not learnt how to deal with their emotions as a child, these emotions can get pushed into the body and become ‘too much’.

What is the meaning of self-harm?

There are multiple reasons why people self-harm, and every client is different. Anna Motz explored these key themes, which are vital for understanding the possible meaning of self-harm in a client.

Self-harm is a violent act towards the self, and Anna’s theory is that violence towards the self is usually a displaced attack on somebody else. People may feel shame about their aggressive feelings, and direct them inward if they struggle to find another way to express them. This is more common in women than it is men, and this could be down to violence being less socially acceptable for women to visibly express.

Violence can be a response to powerlessness. A person learns that their feelings, including their violent feelings can be acted out, and they act them out on their own body. This can be felt as a release of tension, pain or feeling, and can be used to replace thought.

The act of self-harm treats the body as an object, and can be an indicator that the client lacks a sense of subjectivity of self. They may feel entirely disconnected from their body. The body can be seen as an object to be written on, tortured, and mutilated. This enables the mind to be preserved as a safe place. Psychic pain is discharged onto the body, and the body withstands this.

Self harm as truth telling

Self-harm can used as a way of making the ‘truth’ visible. If a person believes that they are damaged on the inside, they may wish to damage themselves on the outside in order to reveal their internal damage. The self-harmer may feel that there is something real, hurt and ugly underneath the surface. Self-harm is a way of displaying this to the world.

Self harm as an act of hope

Self-harm can be used as a way of testing the body to see if it can withstand this risk and harm. If the body survives, it feels stronger and more powerful. It provides a feeling of resilience and strength. This can allow the mind to be freed temporarily of toxic material and painful memories.

It can also be used as an attempt to reach out to others in the hope of a response – an attempt at relating. This brings us onto the final reason.

Self harm as communication

It is helpful to understand obviously visible self-harm as some sort of communication. Think about what the self-harmer may be trying to communicate. What is the intention behind the act? Possible intentions could be: 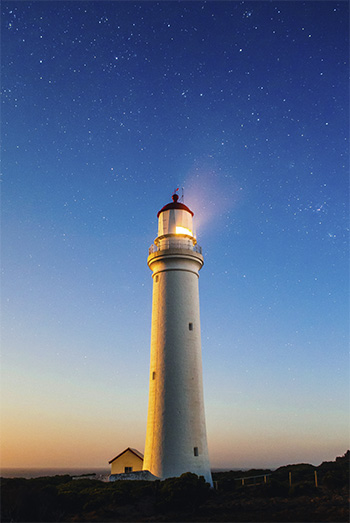 Self-harm is often a signal for communication. As therapists, its our job to unpick our client’s behaviour and understand the meaning of self-harm.

The significance of the skin

The skin is a huge organ, which is a container for our whole body. If somebody is cutting his or her skin then this needs to be explored with the client. What is the significance of making cuts in their skin? What is being communicated? What is the meaning of self-harm given what else we know about the client?

Are people who self-harm suicidal?

This depends on the person, but self-harm is definitely not strictly linked to suicide.

On the contrary, often when a person is self-harming as a coping mechanism, they are doing so as a way to survive, not as a will to die.

There is, however, an increased risk between self-harm attempts and suicide. This can be due to self-harm causing accidental death. There may be a ‘Russian Roulette’ element to the self-harming, and some forms carry more risk than others.

Often, people describe their experience of self-harm as bringing back a feeling of being alive. It gives shape, time, colour and substance to their experience. It reminds them that life is not just grey and dull.

How should counsellors and therapists work with self-harm? 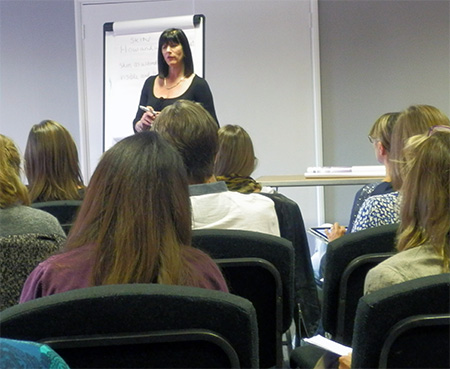 Anna Motz’s workshop on “Speaking Through the Skin” took place in Brighton on Saturday 5th September 2015.

Anna outlined a core framework for working with people who self-harm, and emphasised the three principles in understanding self harm:

If self-harm is often due to problems in the clients’ original attachment relationships, our work with self-harm is heavily based in providing a solid attachment figure for the person – a ‘parental’ model. Once this is formed, therapists need to work towards facilitating the client’s understanding of the meanings behind self-harm in order to help the client to process what is going on for them. The therapist needs to understand why the client is self-harming, what is the meaning of self-harm in their case, what is being communicated to us, and what is the emotion that is being channeled into self-harm? The key is providing a relationship where the client can explore their self-harm.

We need to help the client to peel back the many layers of their self-harm, and this is only possible in a safe, trusting and non-judgemental relationship.