Eating Disorders You May Not Know

As therapists we work to understand where an eating disorder comes from, and what it might be communicating. We may explore attachments, trauma and loss to understand such behaviour and how, disordered though it may be, it can stem from an instinctive place of survival – giving clients something they can control (at first anyway) when everything else seems out of their control. When our first year on earth is largely spent feeding, and bonding through this, it makes sense that we return to our relationship with food for soothing, and also how much our early attachment relationships will affect our relationship with eating.

We’ll be exploring these themes at our conference Disordered Eating or Eating Disorders: Communication, Disconnection and Food on Saturday 24th April.

While we can work relationally, we also need to be aware of the different ways disordered eating may present – to understand what’s going on for our client but also to be able to assess risk, and to know if this is something we can handle alone or if a team approach is required.

Most therapists, and indeed most people, are aware of Anorexia and Bulimia. Being serious conditions it’s right that they get the attention that they do. But there are other eating disorders, as well as a whole spectrum of disordered eating. Having some knowledge on these disorders can help us help our clients – allowing us to spot when eating behaviours are becoming problematic and providing psychoeducation where appropriate.

The term OSFED (other specified feeding or eating disorder) is applied to those who do not meet the specific criteria for Anorexia, Bulimia, and Binge eating disorder. Clients may have atypical presentations of these disorders, or other lesser known eating disorders. In this article we’ll explore less commonly known and understood eating disorders: Binge Eating Disorder and three recognised OSFEDs.

More people live with Binge Eating Disorder (or B.E.D) than Anorexia or Bulimia, and yet it’s far less known about. Partly this may stem from shaming ideas around self-responsibility and that some people just “eat too much”. We know that it’s not as simple as this, with binge eating being addictive in nature, and distressing to experience – not an isolated surface behaviour but indicative of deeper issues. There can be a sense of shame after bingeing which in itself can lead the individual back to another binge. 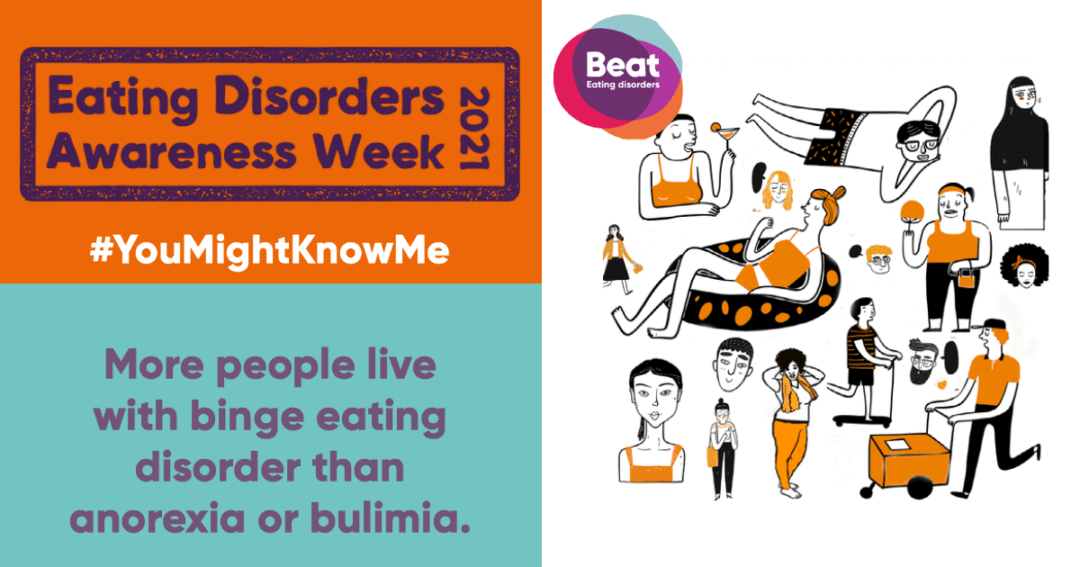 Binge eating disorder is actually among the most common eating disorders, but the vast majority of those with the condition do not receive treatment.

B.E.D is characterised by regularly eating a lot of food, often quickly over a small amount of time until uncomfortably full. Binges can be compulsive but they can also be planned, often occurring when alone and involving a sense of secrecy and hiding. There can be a sense of disconnection during the binge, losing control and struggling to process what happened afterwards.

Worryingly only one in four who have had the condition ever receive treatment. These statistics from eating disorder charity Beat convey how much we need to be taking Binge Eating Disorder seriously, and looking out for it:

As we know, various factors may contribute to developing a disorder like this. It can be a way to numb difficult feelings, and is more common in those who have been sexually abused. With Binge Eating Disorder though we also need to consider the ill-effects of restrictions from dieting with bingeing in reaction to deprivation.

Orthorexia differs from most other eating disorders in that the focus is on quality of food rather than quantity. “Ortho” is derived from the Greek for “right” as the nature of this disorder is an unhealthy obsession with eating healthy foods that are seen as nutrionally pure or “clean”. What can start as an intention toward greater wellbeing can slip into a fixation that is anxiety-provoking, with a fear of foods that don’t meet desired standards. There can be an overall aim toward healthy, often unprocessed foods but there can also be unnecessary eliminations of entire food groups. 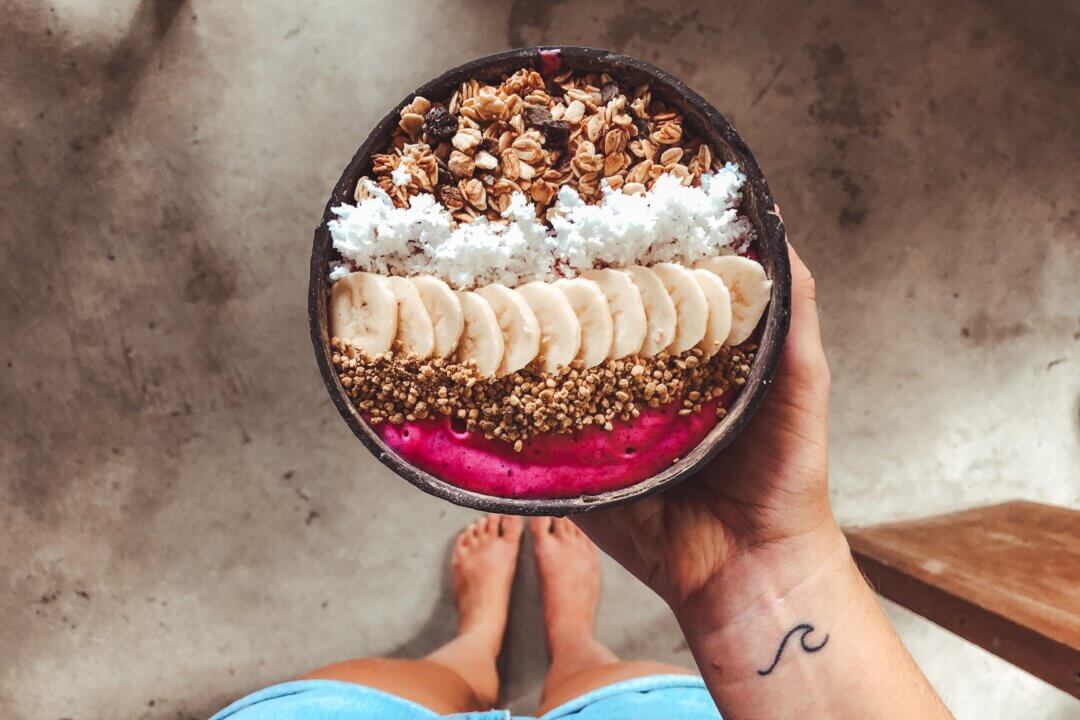 The rise of the ‘clean eating’ trend and Instagram influencers has caused a spike in orthorexia among young people.

Those with obsessive tendencies, high anxiety, issues around perfectionism and past experience with eating disorders may be more at risk of this condition. We also need to be mindful of the advice clients are consuming on nutrition, with many taking information from online sources such as bloggers or Instagrammers who may lack appropriate education around nutrition. Dr Joshua Wolrich’s new book Food Isn’t Medicine: Challenge Nutrib*llocks & Escape the Diet Trap will be a great resource to share as he tackles misconceptions around food which can cause unnecessary anxiety and behaviour changes around eating.

We can begin to recognise orthorexia, as opposed to a healthy relationship with nutrition, when this way of eating becomes obsessive and is having a negative impact on the client’s life – with anxiety around foods, difficulty eating out or with others or when there is excessive weight loss.

For more on orthorexia

Diabulimia is not technically a medical term (although there is campaigning for this to be the case), but it has become well-known about and is a potentially deadly disorder to have. The name combines diabetes and bulimia, as this condition only affects those with Type 1 Diabetes. Those with Diabulimia intentionally reduce or stop their insulin to lose weight. With insulin being a life-saving treatment, doing so can be incredibly dangerous. Diabetes UK estimate that in those with type 1 Diabetes aged 15-30, 4 out of 10 women and 1 in 10 men take less insulin to lose weight.

While those with diabulimia may have developed their eating disorder for the psychological, relational reasons we may expect, it’s also important to know the lifestyle factors that can lead to diabulimia. Before someone is first diagnosed with Type 1 Diabetes they may have been losing weight. Then, with diagnosis and treatment through insulin, they put on weight. Physically this is healthy but mentally it can be challenging, especially if occurring during adolescence.

There is also the need for careful and constant tracking of food intake, assessing food labels and weight being monitored medically. Treating hypos can cause weight gain, and it can generally be difficult maintaining a healthy weight. Add in frustration at having Diabetes itself, plus any pre-existing issues such as trauma, and you can see why this condition may present.

Being aware of this condition when working with those with Type One Diabetes can be vital for spotting any warning signs and being able to ask the right questions, including how they get on with their health team. You may be able to therapeutically work with such a client but a team response may also be needed due to the medical risks involved.

Find out more about Diabulimia

Those with pica have cravings for, and compulsively consume, non-food items with no nutritional value such as chalk, clay and paper. The condition, which is usually temporary, is most common in children, pregnant people and those with learning disabilities. 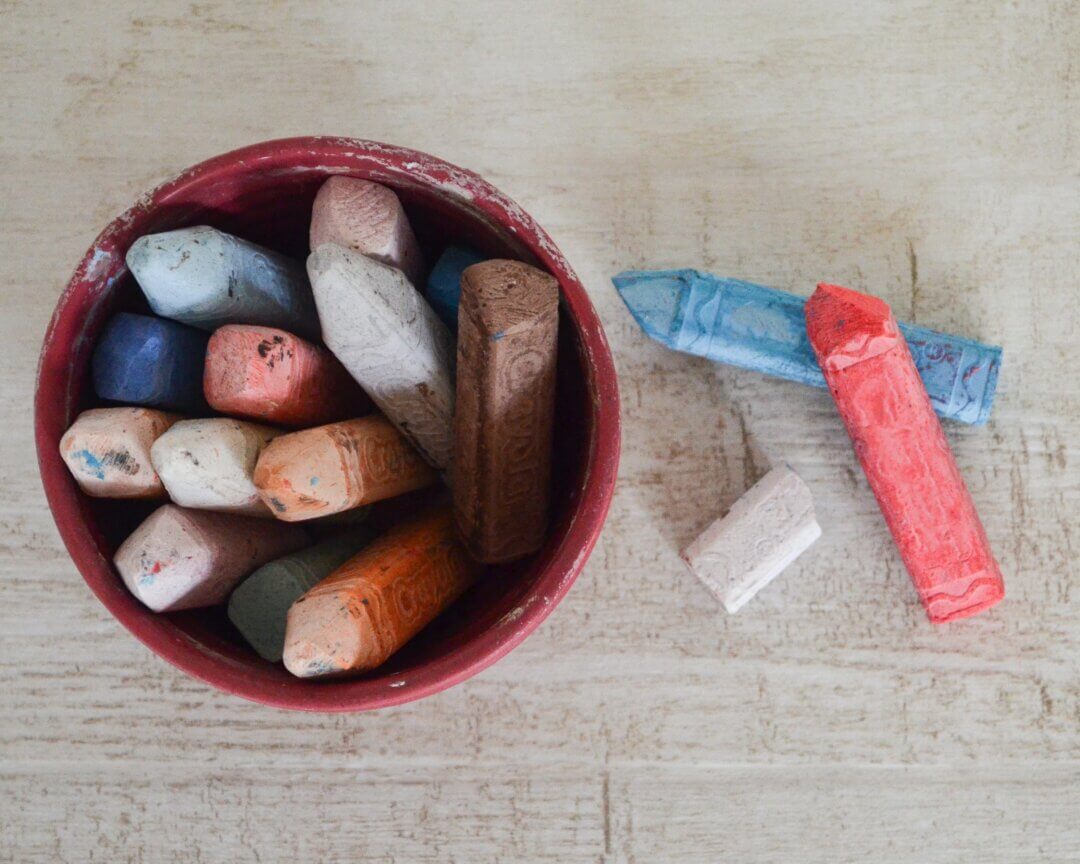 Those with pica find compulsive desires and needs to consume inedible items such as crayons.

For some, including those who are pregnant, craved items may match up to needed minerals – with the body knowing what it needs, even if that need isn’t being met in the appropriate way (such as with iron deficiency). In other cases the cravings may be more to do with texture of items, or to give a sense of fullness when dieting or malnourished. 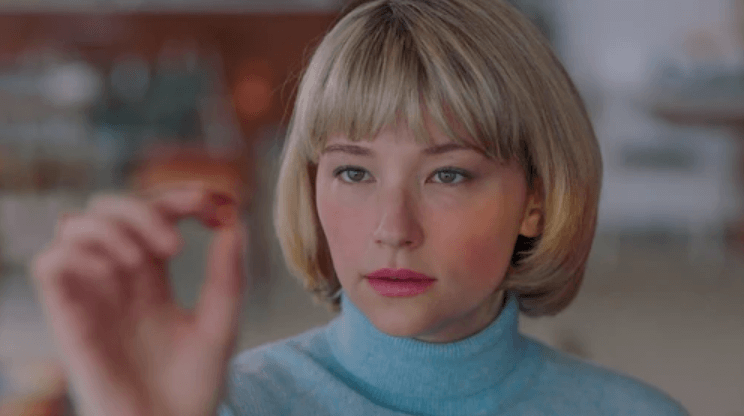 Pica was explored in the 2020 film Swallow in which a young housewife begins eating inedible everyday objects. The film was inspired by director Carlo Mirabella-Davis’ grandmother’s suffering of pica in the 1940s, and explores themes of feminism and how disordered eating can be a way of instigating control in one’s life.

It can also be a compulsive behaviour that makes no sense to the client, who doesn’t understand why they are eating such materials. As with all eating disorders it can be a way of coping with challenging emotions and experiences.

Usually the items consumed are harmless but they can also be dangerous – such as if eating metal.

Understanding the relationship with food

Ultimately, however the issue with eating is presenting – it needs attention and is stemming from a person who is suffering. Perhaps it’s a way to retain control in a life or world in which the client feels powerless, or a reaction to grief or trauma – an instinctive way of coping not led by conscious thought. We need to understand the feelings and meanings driving, and being communicated through, these eating behaviours.

We also need to bear in mind the shame associated with these disorders. These eating behaviours may present out of having unprocessed shame, as a way to self-soothe, but they can also feel shameful in themselves to experience. Clients may, out of embarrassment and fear of judgement (even within a supportive therapeutic relationship), not bring up what they are experiencing.

Food is a big part of our lives, and many will have an unhealthy relationship with food – even if that’s not the issue they are presenting with in therapy. So, in an initial assessment or further down the line we can open this conversation up – asking about the client’s relationship with food. We can acknowledge where behaviour has become concerning, but we can also validate where this has come from. Like with any unhealthy coping mechanism, it may have been a client’s way of surviving. It’s never something to judge – it got them through. Now, though, we can hope to provide them with a healthier way of coping, and work with them to navigate towards a healthier relationship with food – and ultimately with themselves.

Learn more about disordered eating and eating disorders at our upcoming event: 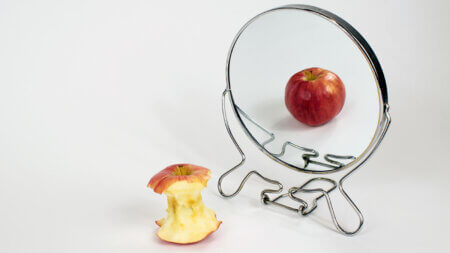 We will look at how eating can be seen as a means of communication, a means to cope and survive trauma, and how the experience and loss of our early attachment bonds might influence our relationship with food.