Getting to know Mooli Lahad

Ahead of his online CPD day The Healing Power of Imagination, we wanted to give you the chance to get to know our speaker Professor Mooli Lahad better. He’s a wonderful speaker and a compassionate man, and we have so much to learn from his experiences.

Who is Mooli Lahad?

Professor Mooli Lahad is an Israeli psychologist and world renowned trauma specialist, known for his creative methods of working with trauma and loss.

He is the founder and former director of the Institute of Dramatherapy, and founding president of the The International Stress Prevention Centre. He has two PhDs, one in Psychology and the other in Human and Life Science.

“I feel that there is a message that I am carrying which has to do with human resilience.”

Mooli describes his home country Israel as being a “natural laboratory for trauma and resilience. He has lived through trauma himself, both as a civilian and as a soldier during the war in 1973.

He saw the impact of trauma on his colleagues, and how they were looked down on for it. This gave him the determination to change how trauma is seen by the wider community, to give individuals a better chance of recovery.

Learn more about Mooli Lahad’s life experiences in this podcast.

Professor Lahad has been working with individuals, citizens, soldiers and veterans suffering with PTSD since 1975. At the time of starting his career in this field, trauma work was focused on soldiers or patients. While he had learned from his experiences with these clients, what he was also seeing was that many civilians were able to cope and continue living despite such awful circumstances. He was curious as to what made this possible and so he began his research into resilience – looking at people’s natural, spontaneous coping mechanisms. 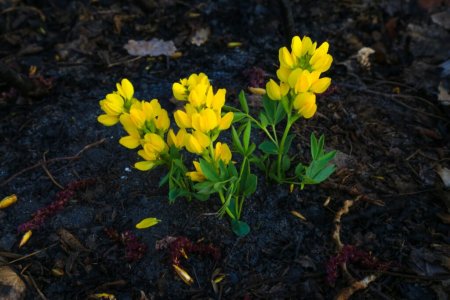 Even in the most impossible situations individuals can cope and thrive. We can learn a lot from people’s natural resilience.

Creator of the Basic Ph model of trauma resilience

This BASIC Ph model gives insight into how people may naturally cope: the more of these styles of coping people were practising the better they were able to survive such impossible situations.

Through having learned from civilians coping well, Mooli was able to teach this model to those who were struggling with trauma. By utilising these ways of coping, and learning or strengthening the styles that don’t come so naturally, individuals can reduce anxiety and regain a sense of control in their lives. 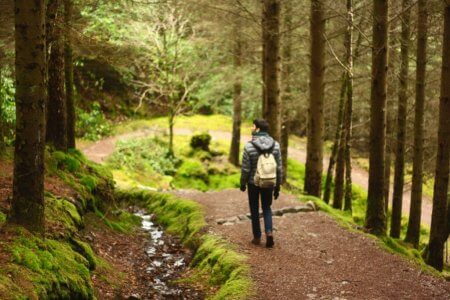 The ‘physical’ style of coping can include movement and exercise, but Mooli also acknowledged the importance of physical self-care such as sleeping and eating.

The model was also taught to the general public through his community stress prevention and resilience centre, the first of its kind. Rather than just fire-fighting after a crisis, year-round resilience training was offered to civilians in the hope of improving mental health generally but also building resilience to survive traumas if and when they occurred.

Find out more about the Basic Ph model, and discover your resilience language, in our blogpost.

The community resilience centre also supported Mooli’s ethos that “recovery from trauma needs to be in the ecology of support, you need to look at the community, you need to look at the family, to help those who are affected to recover”. Having a centre offer this training normalised and destigmatised the impact of trauma, enabling communities and families to better support their loved ones.

Professor Lahad is considered one of the world leading experts on how communities can cope with disasters. He has led many international psychosocial projects following disasters, focusing empowerment – training local professionals to train others in their community.

Working creatively is Lahad’s preference, championing approaches and methods such as dramatherapy, bibliotherapy and the use of therapeutic cards in both the prevention and treatment of trauma. He has spoken of how innate creativity and storytelling is to humans, as we can see through cave drawings from 45000 years ago.

“We survived as a result of the fact we could tell stories.”

When he first began working with children, he would see them come into the room almost frozen. He observed how people with PTSD are so “on guard” and hypervigilant that they lose the capacity to play.

Through working very slowly, and first building a foundation of safety and security – working to reduce anxiety and arousal, play can be reintroduced.

By working creatively, clients are able to to be an observer of their own trauma, rather than remembering and reliving it. There is a level of control involved in play too, such as being able to work from the end of the story to the beginning, “closing the game” if it becomes too much or removing image cards that are no longer wanted. This ability to support clients in working at a distance from the trauma, being an observer and an editor, was a new concept in how to help clients.

“They have the feeling it’s a frozen story, and now it’s more manageable and flexible”

Mooli saw the power of the imagination for clients who had experienced, or even heard about trauma, with images being relentlessly repeated in the mind as a way of trying to grasp what had happened. He felt that if imagination was the problem, it could also be the solution. Imagining safe spaces to return to is one way this can work.

Author and co-author of 35 books

Through his writing he has shared his views and ways of working integratively with trauma, focusing on resiliency and coping throughout life, community recovery and the integration of art therapies in post-disaster treatment.

A few of his English translated books include*:

His impact on the therapy world is global

Mooli’s models of working with trauma (including the BASIC Ph model and SEE FAR CBT) are taught at Universities and professional bodies around the world including in the UK, Germany, Greece, Turkey, Poland, Russia, USA, Japan, France, Spain and more. He is also an acclaimed speaker, presenting worldwide.

“Listen to the way your clients tell their story before you plant on them all of your own wisdom.”

Mooli Lahad is the recipient of six professional prizes including from:

Putting his critical acclaim aside, Mooli is not a man focused on his ego but on helping others and healing trauma, as he knows what it’s like to see it be unhealed and even scorned. As he says himself:

“I keep doing this because I keep feeling for human suffering.”

* These are affiliate links meaning we get a very small cut of the sale. At no extra cost to you, this supports us at BTP in being able to continue helping therapists and clients.