Dr Helena Hargaden is one of the foremost experts in relational psychotherapy. She describes this methodology as taking psychotherapy ‘into the twenty-first century’ and draws upon a range of disciplines within psychology and neuroscience. 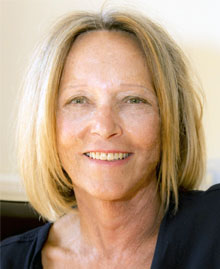 Not only is Helena widely regarded in her field of relational psychotherapy, but is also widely regarded as a Brighton Therapy Partnership trainer! With several events under her belt with nothing but positive feedback, she returns to Brighton again on 1st July 2017 with her workshop, Relational Psychotherapy: Working with the Domains of Transference. This is a must for anyone interested in relational psychotherapy. It will bring ideas from Helena’s award-winning book, Transactional Analysis: A Relational Perspective, to life through both teaching and experiential segments.

In the run up to this event, we spoke to Helena about her life in therapy and her passion for relational psychotherapy.

I think I began to practice when I was about two! Counselling my dear parents who were so much at odds with so many things including each other.

Seriously though I began my own therapy when I had a type of breakdown. I just stopped being able to function. It was when the miners’ strike ended which seemed to symbolise for me at the time the end of everything. As it turned out it was an ending with a beginning for me. The beginning of a different way of thinking and being in the world. I began to look inward instead of outward when I began therapy at the Women’s Therapy Centre in London in group psychoanalysis.

I had always had an interest in the internal world having studied English Literature at university. As a teacher and lecturer I had often thought too that if I had understood more about psychology I would make a better teacher. Coincidentally, or probably more aptly described as synchronistically, halfway through my psychoanalysis a good friend returned from a holiday in France and said she had heard about this place called ‘Metanoia’ which trained counsellors and psychotherapists. I applied immediately intuitively knowing that this was a great opportunity for me to go in a creative and meaningful direction. At Metanoia I studied person centred counselling, followed by Gestalt and Transactional Analysis eventually qualifying as a UKCP Integrative psychotherapist and a Certified Transactional Analyst in the Clinical field.

You work and write a lot from ‘the relational perspective’. How did you get the bug for Relational Psychotherapy, and how would you best describe the approach to a therapist like me who likes to think I’m being relational all the time?!

After I had been in psychoanalysis and transactional analysis for 6 years I wanted to go deeper into the unconscious but the therapist I was working with did not really work in that way. I was fortunate enough to find a Jungian analyst whom I still sometimes see to this day. As I went into the deeper terrains of my unconscious process, my practice changed quite radically. One client in particular, whom I called Beatrice when she appeared in the book Transactional Analysis: A Relational Perspective, had been in therapy with me for five years and indeed I had used my work with her to sit my clinical TA exam. She told me that although she had been able to make many changes in her life, something fundamental had not altered.

In my Jungian analysis I had begun to change how I thought, felt, understood and experienced myself and the world. This in turn catalysed change in my clients. Beatrice too, changed me. In saying she had not altered anything at a deeper level of her experience, but, staying on with me, she showed a deep trust in me. I became curious about that and charted her/our changes in the relationship by reformulating TA, returning to its roots in psychoanalytic and object relational theory, and at the same time studying self psychology. That was the beginning of my interest and investment in the relational turn.

I would differentiate the relational approach by making a distinction between interpersonal therapy and relational therapy. Interpersonal therapy is very much the modus operandi of all humanistic therapies: sharing what is on your mind, empathic listening and responding, challenging, specifying, making behavioural observations, and explaining psychological theories. Relational therapy can involve these types of therapeutic actions but the relational approach is based on the idea of the therapist holding, containing, and receiving the mind of the client. To achieve this tilt in attitude requires that the psychotherapist continues in some depth therapy of themselves, so has deep knowledge of internal object relational theory from the inside out, and also draws on some of the rich depth of knowledge available from psychoanalysis such as Freud, Bion, Winnicot as well as Jungian approaches.

Relational psychotherapy, though, is not psychoanalysis. A relational perspective takes us into the twenty-first century, drawing too on the developments within relational psychoanalysis, such as theories of intersubjectivity, the bi-directionality of the relational unconscious, mutuality, affective attunement, all to be reflected upon within the transferential relationship. We can also draw on a body of knowledge about the brain in the expanding area of neuroscience. Countertransference then becomes the vehicle through which the therapist engages with unconscious process using interpersonal relatedness from a position of containment.

You’ve written two books, one with Charlotte Sills called Transactional Analysis: a Relational Perspective, which has been described as “hugely influential” (IARTA) and which pioneered the Domains model of thinking, and The Art of Relational Supervision which has been highly praised as “inspiring, original and practical” (Prof Andrew Samuels). You have been able to develop a number of very original ideas. What would you put this down to?

I have also co edited From Transactions to Relations with Bill Cornell and Ego States with Charlotte Sills. I write because I am naturally curious, and a natural writer – which is not necessarily the same as a good one! I write as a means to order my thoughts and my learning. I have always written: essays, diaries, exams, articles, stories, novels, books. It is my way of trying to work things out, of communicating and sharing my thoughts, and it stops me from feeling lonely. Some people garden, make things, paint, sculpt, go on committees, project manage or whatever is their way of being creative. I have to write. I am also very analytical and enjoy trying to work things out – Why? How? What? I like to debate, get to the root of things, discover, find out. I am sure, too, that growing up in chaos and uncertainty is linked to my motivation to write.

You are also involved in work around Transgenerational Trauma. Can you tell us a bit about this work?

I moved to the South Coast six years ago and immediately began to write a novel. It turned out to be pretty autobiographical, as of course many novels are. As I wrote I delved into the past, imagining scenarios in which my ancestors were involved in intricate emotional situations. I think it was another form of mentalising and metabolising my complex and catastrophic heritage located as it is in Ireland and in the labyrinthine history involving famines, colonisation, religious tyranny, and internecine family wars.

I attended a Wounds of History Conference in New York which was fantastic, particularly because of learning from Jewish scholars, and the multiple meanings they have gained from studying the effects of the holocaust. A learning so profound that it brings depth of meaning to all transgenerational experience. I teamed up with Maya Wallfisch and together we did some workshops. Since then I have continued to deliver workshops here, and for Metanoia, and also included these ideas in my writing. For instance in The Art of Relational Supervision I integrate some of these ideas into thinking about relational therapy and supervision.

I naturally progressed from being a student to a trainer at Metanoia. Already an experienced teacher and lecturer, I learned some different and inspiring ways to think and work as a trainer of psychotherapy. My models in particular included tutors such as Petruska Clarkson, Maria Gilbert and Charlotte Sills from each of whom I drew new insights which informed my approach.

As a former teacher of English and Drama I have always been interested in teaching through experiential learning and improvisation – now I was in a place in which I could learn how to draw on this experience without compromising on instructive teaching and challenging content.

If you weren’t a therapist, what would you be and why?

I loved drama and in another career taught English and Drama in secondary schools. I now work with several directors and there seems to me to be quite an overlap between directing plays and working as a group therapist. I think in another life I would love to be a theatre director.

I haven’t fully embraced this way of communicating with the obvious exception of email. This is in part because most of my work is still clinical which is obviously confidential, private and by its nature introverted.

I have written quite a few articles though as well as the books and they can be found in various locations such as Researchgate, Sage Online, and Academia. I do, however, speak at conferences when invited and also run workshops and deliver teaching sessions for a number of institutes. I find workshops in particular are always a two-way or multiple exchange, deepening learning for us all.