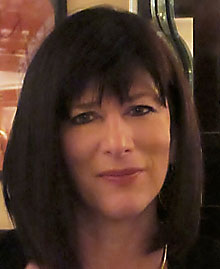 Relationships are a steadfast part of what it is to be human, and yet also one of the most complex. Consigning oneself to another person brings with it a multitude of experiences and emotions which encompass far more than just love. Understanding this core part of the human experience is vital for counsellors and therapists, and not least the darker side of violence and abuse within a relationship.

We worked with Anna Motz to explore the dynamics of violent and abusive relationships. Anna is a leading Clinical and Forensic psychologist and psychotherapist working within the NHS. She has extensive experience of treating couples and individuals who experience longstanding difficulties with violence against themselves and others. She is the author of Toxic Couples: The Psychology of Domestic Violence (Routledge, 2014).

The critical issue of domestic violence

Seven people die each month in the UK from domestic violence. In her workshop, Anna helped give an insight into domestic violence dynamics. She helped us to understand the forces of attraction that bind people together, the attachment patterns that are integral to violent relationships, and how we might assess and treat these clients. 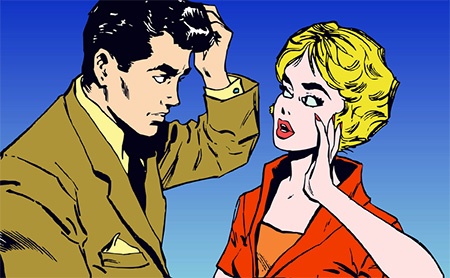 Seven people in the UK die from domestic violence every month, with 1 in 4 women experiencing domestic violence at some point in their lives. This is a far-reaching problem, and counselling provides us the tools to dismantle it and support victims and perpetrators.

Here, we have summarised 5 key takeaway points from Anna’s talk, as well as given a overview of how to assess risk as some treatment aims.

Transmission of disturbance: a cycle of abuse in relationships

If a child has experienced early disturbances, this increases the risk that this disturbance will be repeated in the child’s adult relationships–particularly in intimate couple relationships.

If a child has watched their mother be abused, this provides a model to the child and demonstrates that this is how relationships work. This makes it more likely that domestic violence will be repeated. The person may unconsciously identify with the abuser, or may feel that they repeat the pattern of abuse as a way of having some power over the abuse they received as a child.

If a child is abused or neglected, this is likely to be repeated in some way in future intimate relationships.

An insecure attachment pattern can turn into a perversion when:

In intimate couple relationships, violence can create a sense of comfort and control, and can be used by the perpetrator as a way of regulating unbearable emotions. There is often objectification of the victim and secrecy around the relationship.

Often there will be ritualised behaviours around the violence, which act as a form of terrorising the victim to increase control.

For the perpetrator, acts of violence can cause a temporary alleviation of unbearable state of mind and a short lived feeling of euphoria.

Studies suggest that both women and men commit situational acts of violence, such as a partner lashing out violently in a spur of the moment attack. However, studies show that coercive controlling domestic violence (intimate partner terrorism) is perpetrated almost entirely by men.

The extent of domestic violence

1 in 4 women in the UK will experience violence from a partner in their lifetime. It is women and girls who are most at risk from partner violence. Women who are victims of domestic violence are more likely to experience psychological, physical and emotional ill health.

It is also important to consider the dynamic of re-victimisation which can leave women feeling disempowered by their relationship dynamics and getting stuck in a cycle of not leaving. The children of domestic abusive relationships are at the highest risk of poor outcomes. They have an increased likelihood to experiencing depression and anxiety, as well as a risk of becoming victims of abuse themselves.

The complexity of issues surrounding domestic violence can be difficult to work through and understand. No one is immune, however, as cases such as the high-profile incidents between megastars Rihanna and Chris Brown showed. In press interviews, she highlighted her own struggles with leaving her abusive partner and ending the relationship.

How to assess risk in a relationship

There are a number of indicative factors when it comes to assessing the level of domestic violence, abuse, and subsequent risk in a relationship. Some issues to look at include…

If any of these criteria is met, this is cause for concern of extreme domestic violence.

When working with clients who are part of a violent relationship, Anna highlighted several important issues that the therapist must keep to mind:

Thanks for reading! If you found this article useful and informative, please take a minute to share with friends and colleagues.