Dr Chris Irons returned to discuss Compassion Focused Therapy, and its use as an approach to shame and trauma. View our previous article for an introduction to Compassion Focused Therapy. Additionally, we have interviewed Chris Irons on the topics of CFT, the importance of compassion, and his career. This article focuses on CFT’s approach to shame and trauma, and was written by our guest blogger Andy Darling.

‘I know what you’re saying, but I just don’t feel it’ is an all too common refrain from clients to their therapists. A sticking point that often can’t be unstuck, and its frequency was one of the triggers that led to the development of Compassion Focused Therapy (CFT) around a decade ago. 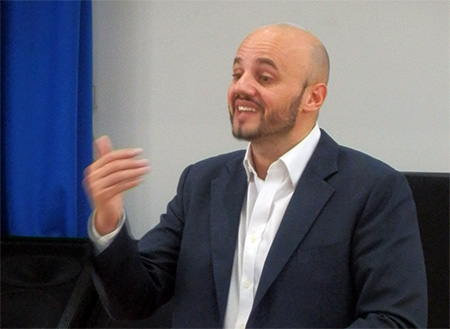 Paul Gilbert, with research assistance from Chris Irons, set up a charity, The Compassionate Mind Foundation, to advance research and therapy work in self-compassion – the element that they believed was lacking in those clients who ‘got it’ on a rational/cognitive basis, but couldn’t ‘feel it’ and therefore actually implement their knowledge of ‘it’. Shame was never far from the therapy room: ‘I know that I am not to blame, but I still feel to blame’.

CFT is based on the science of the mind, taking in evolution, neuroscience, social and developmental psychology. Chris Irons puts it thus: ‘We’re an emergent species, gene-built with evolved brains designed to struggle to survive, to want, to grasp and avoid pain – designed for us, not by us’. He echoes Buddhist philosophy alongside the discoveries of Darwin and Crick: ‘Life involves tragedy, pain, suffering and impermanence. We’re socially shaped: social experiences and environments (over which we have no control) have significant impact on the ‘version’ of us in the world, and they influence our biology (gene expression) through to our psychology.’ 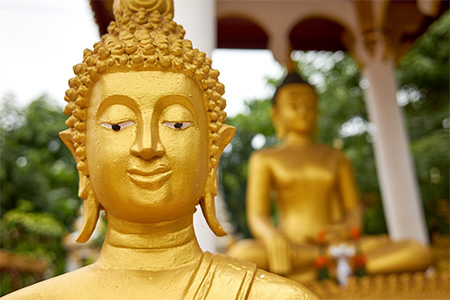 Echoing Buddhist philosophy, Compassion Focused Therapy understands that life will inevitably involve suffering (including shame and trauma) but that our minds can be trained to deal with it in a different way through self-compassion.

So ‘it’s not our fault’. We can, though, ‘train the mind to organize itself for self and others’ well-being.’

Central to CFT’s approach to helping facilitate this training, is the idea of there being three main types of Emotion Regulation Systems, aka Affect Regulator Systems. In no particular order, those systems are:

The bottom line, takeaway message of CFT is ‘Don’t let the threat system (number 1) run the show’; by extension and necessity, this means nurturing the soothing system (number 3) and thus developing the compassionate self. It’s especially relevant when a client is feeling shame, and particularly with regards to trauma.

A Compassion Focused Therapy approach to shame and trauma

When therapists work with trauma, a component of the usual approach, regardless of their model, involves safe exposure. This can work when fear and anxiety are the dominant emotions, but when shame is involved, then desensitization is far harder, and that exposure can exacerbate the feeling. Irons describes Shame as ‘a multi-faceted experience’:

Repairing Shame opens up the possibilities for Guilt, which is linked to a more outward looking, care-giving cooperative mentality, allowing a responsible sense of attention to the hurt caused to others, a making amends and then moving on.

The self-criticism of Shame, though, is the antithesis of self-compassion – that ‘I know…but I still feel to blame’ – takes place when system 3 isn’t operating satisfactorily, and an approach like CBT can make matters worse. When someone prone to self-criticism still can’t ‘get it right’ following the logic of CBT then they can end up feeling increased shame: ‘I know that I am not to blame, but I still feel I am to blame. And knowing that that’s wrong makes me feel even worse!’ And so the aim of CFT here is to help change that internal relationship from a self-critical, threat system stimulating one, to a self-compassionate and soothing one. This may sound simple cognitively, but it’s not easy. 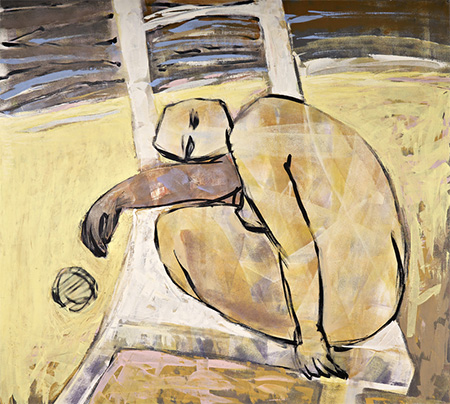 The goal of Compassion Focused Therapy is to nurture a sense of compassion for the self, leading to feelings of security. Without this, shame can cause people to continue to blame themselves.

From a CFT perspective, compassion is ‘a sensitivity to the suffering of self and others (and its causes), with a deep commitment to try to relieve it and prevent it.’

The attributes of a compassionate mind are ‘sensitivity, sympathy, empathy, care for well-being, non-judgment, distress tolerance’.

There can be substantial resistance to feeling compassion for oneself and others, though. Irons notes some of the responses of those whose threat systems are dominant:

This involves a two phase approach.

The purpose of Phase One of a CFT approach is to build skills and resilience. This involves:

The purpose of Phase Two is the alleviation of the suffering, and the bringing about of change. This will involve a variety of specific interventions, many of them used in other psychotherapeutic activities, but with a CFT flavour. These might involve:

Specifically working with Shame, Mindfulness would be used at the beginning of threat activation, allowing soothing to take place. To help with feelings of disgust, soothing images can be used, bringing the possibility of rescripting memories. A compassionate rescript could involve the question: ‘What would you like to feel or happen instead in your memory? Is that outcome helpful?’

Thanks for reading folks. As always, if you found this article on Compassion Focused Therapy, shame, and trauma useful, then please share it with friends and colleagues!