The goal of those with insecure attachment types is to move towards secure attachment (sometimes called ‘earned secure attachment’) – a process that can be supported by counsellors and psychotherapists. This article looks in detail at anxious attachment and the role therapists can play in their lives. It distills some of the key learning points from a Brighton Therapy Partnership training course with Linda Cundy. First, here’s a refresher on the basics of attachment theory.

Attachment styles are internal working models which define how we see the world based on how we experienced it as babies and children. They form the foundation of our unconscious beliefs and expectations about ourselves and others, and originate in adaptations we made to ensure our needs were met before we could take care of ourselves.

There are 5 identified patterns of attachment, 1 secure, and 4 insecure:

As with anything, attachment issues are subject to a spectrum from mild symptoms (showing only under duress for example), to moderate symptoms (evidenced in their general way of being), to extreme symptoms (with marked manipulative strategies tipping into unresolved patterns that play out in all scenarios).

The aim for all insecure attachment styles is to gain earned secure attachment. This can be achieved through reparative relationships including therapist to client. This article focuses on the anxiously attached. 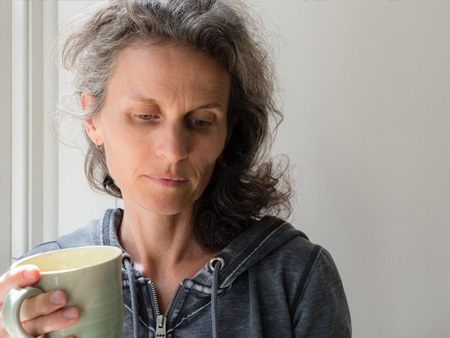 Our childhood upbringing has profound consequences on our attachment style.

What is Anxious Attachment?

Most attachment theory courses try to give a broad overview of each of the various attachment styles that exist in society. However, what Linda presented for us was much more focused on only one attachment style: Anxious (or preoccupied) Attachment. This is the attachment style a majority of counselling clients possess.

Anxiously attached individuals are acutely aware of their need for help from external sources, meaning that they are more likely than other insecurely attached styles to seek help with their mental health through the use of therapy.

However, this need for external help can backfire, as their history has led them to fear abandonment above all else from those they love and trust. Meaning that the slightest rupture in the therapeutic alliance can see them catastrophising into helplessness.

As children, anxiously attached individuals learnt to exacerbate their emotions in order to get noticed and for their needs to be met. This likely worked well for them as children – if they fell over in the playground their inconsistent parent may or may not have run over to pick them up, but if they fell and screamed, then the chance of a parental response greatly increased.

In adulthood this can lead to an anxiously attached individual being very reactive. That is having no time to think but instead becoming overwhelmed with their emotions which at a young age they learned to exacerbate. With no time to reflect on their situation before responding emotionally they are denied a useful life resource.

The aim for the anxiously attached individual on the road to earned secure attachment is therefore to make space to think before reacting.

What conditions can lead to anxious attachment?

Anxious attachment is the attachment style which develops when infant caregiving is inconsistent (through necessity or neglect). This leads the infant to fear abandonment and to turn to anger, neediness or a combination of the two to elicit the care they require to survive.

Parents of anxiously attached infants will likely be inconsistent in their response. For example, parents with bouts of depression who may be less attentive to their child whilst dealing with their own mental health, working parents who must by necessity leave their children to go out and earn money, or narcissistic parents who put their own needs ahead of their child. These are only some examples, but give an idea of the range of reasons behind inconsistent care. Unfortunately to the baby, no matter what the reason behind it, all they know is that sometimes mummy comes when I cry and sometimes she doesn’t, leaving them uncertain if she can be trusted to be there when it really matters. 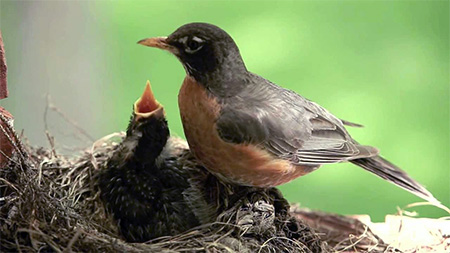 Anxious attachment develops in an infant if their parent’s response to their needs is inconsistent, meaning they struggle to develop trust in others.

As the child grows up, they will carry a lack of trust that their needs will be met, leading to a fear of abandonment and lack of trust in intimate relationships, with a constant fear that the one they love will one day leave forever through no fault of their own.

In society we don’t tend to talk about people’s attachment styles, yet anxiously attached individuals are often described in the same ways:

None of these descriptors are positive and it can be very difficult to think of yourself in those terms. By understanding that these behaviours are a natural response to inconsistent care in infancy we can perhaps learn  o accept ourselves and our responses without judgement.

In adulthood, anxiously attached individuals might use manipulation strategies to elicit care from those around them, or they might themselves become compulsive caregivers in an attempt to win the care they desire from others, feeling that they will only be looked after by others if first they look after others themselves as if they aren’t worthy of attention otherwise. In giving excessive care to others they are showing the world the importance they put on care, which deep down they feel they didn’t receive themselves. However, this compulsive caregiving can lead to resentment when the right level of care is not given back to the anxiously attached individual, leaving them feeling disappointed, let down and possibly unworthy of the love they crave.

The problem with anxiously attached behaviour patterns is that it often elicits the opposite result than was intended. For example, demanding, angry behaviour which is intended to convey a need for reassurance often drives people away. In this way the anxiously attached individual becomes a self-fulfilling prophecy – they believe they must be unlovable because why else would their needs never be met, so they exacerbate their needs, which leads to people rejecting them, calling them needy or hard work. This in turn keeps the internal world view going (“this is what always happens/people always let me down”), leading to a repetition of the attention demanding behaviours which drive people to reject them.

If an anxiously attached person received inconsistent external soothing, then they will have had no guidelines for creating internal security, leading to a lack of internal resources for self-soothing and self-containment. Without a way to self-sooth their focus will remain on what is missing, what couldn’t and cannot be relied upon rather than their own resources.

Through the experience of secure relationships they can begin to trust in the reliability of themselves and others. Therapy can provide a consistent relationship as well as self-soothing techniques and resources to develop space to think before reacting.

Earning secure attachment is a long and often arduous path, but as anyone who has achieved it will tell you, learning to live a life without fear of abandonment at every turn is worth the effort in the end.

We hope you enjoyed this article on anxious attachment – if you know a colleague or therapist who may benefit from it, please share it with them!

For more on attachment theory, take a look at the following articles:

The impact of technology on attachment